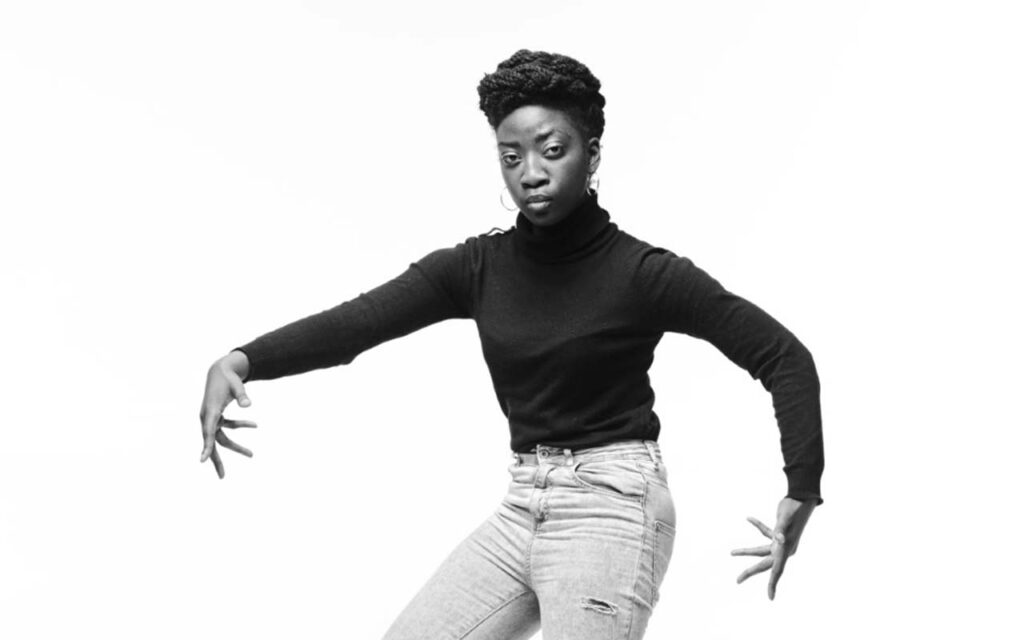 ”Although Linda Hayford is best known as an ambassador for popping, her dance practice has evolved through the encounter between genres and moves. Above all a practitioner of upright dance inspired by funk and its diverse aesthetics, she is driven by a desire for versatility and a blend of styles that calls for team battles, which brings her into contact with hype, of course popping, as well as locking, the new style, and house. As part of the group Paradox-sal, launched by Ousmane Sy, and the INsideOut dance company she founded, the Rennes-based dancer and choreographer adopts an open-ended and plural approach. She is also the Co-director of the National Choreographic Center of Rennes and Brittany CCNRB”‍

‍Is a body language based on poppin technique and postural metamorphosis. Developed through isolations and body placement it is meant to be embodied and expressed with an organic and sensitive consciousness.

‍A work on anatomical level of consciousness of my own practice in parallel with labs or creations, to identify several tools that I could share to other dancers with the most sensitive notions and elaborate its own lexicon.‍

Is a funk style dance born in the 75s in Fresno, Los Angeles made popular by the Electric Boogaloos and performed since 2000 by the choreographer. This technique is based on muscle contractions, the musical impacts of the body, isolations, releases and body weights and supports. Effects such as slow motions, waves and some ”animation” technique tools, inspired by video games, cartoons and robotic characters creates a kind of supernatural universe or context in relation with music. Popping is a lot about control, fluidity, changes of energy. It is indeed, a complete focus on body consciousness to bring out to a certain level of control where the effects become visual. And therefore, incarnate or give the illusion of transforming into a fictiv being.

Advanced. In this workshop you need a high level dance experience not particularly in popping.